Google is extremely close to releasing Android 11, possibly on September 8th if we were to believe the leaks.

Since the first beta of Android 11 came out, Chinese OEM’s have been proactively participating in the Google beta program. Xiaomi at first rolled out AOSP-based Android 11 builds for a handful of devices. In late June, the Chinese smartphone manufacturer began testing Android 11 with MIUI 12 on top of it, starting with Mi 10 and Mi 10 Pro.

It is now ready to involve Mi beta testers around the world in its MIUI 12 Android 11 project. The company has begun recruiting members for its Android 11 pilot program.

How to apply for MIUI 12 Android 11 Beta program?

Users who have Mi 10, Mi 10 Pro or Poco F2 Pro and are running MIUI 12 Global ROM are only eligible to take part in the program. If you own one of the eligible devices, here is how you can apply —

Users have time until September 9th to apply. Since it’s a limited release, only a few Mi users will be allowed to test the MIUI 12 Android 11 early update. In such beta recruitment processes, Xiaomi usually keeps first come first serve thinking.

Apart from having the eligible device, Xiaomi says the user must “actively participate in the stable version test, feedback and suggestion.” Also, the person should have knowledge of flashing Xiaomi devices.

Since it would be an early build of MIUI 12 based on Android 11, Xiaomi says beta testers should expect “some serious issue like battery draining, reboot etc.”

Xiaomi has released the list of first batch that will be testing the MIUI 12 Global Stable beta based on Android 11. See if you have made it in the beta program.

Other than Xiaomi, Oppo and Huawei have also come with their respective Android 11 beta testing program. 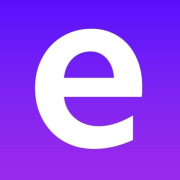 Samsung, LG to stop supply of displays to Huawei smartphones on Sept. 15